This true story shows how having faith, courage and enthusiasm and not giving up easily helps achieving goals. 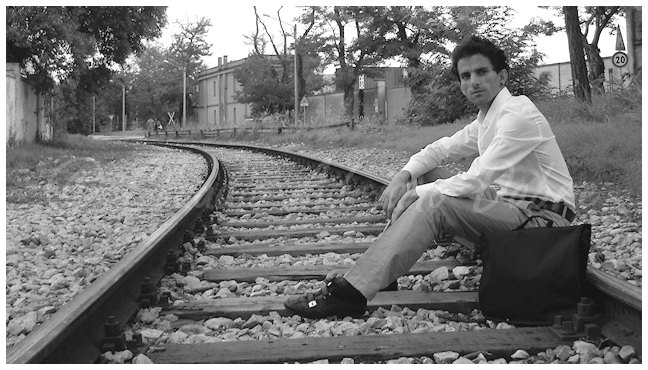 What I learned from this personal travel experience that You are about to read is that given one has the required starting points, all that is needed to achieve a goal is: faith, courage, enthusiasm.

We never really know what future holds for each of us. I remember once in the late 1990s when I first heard on television the word “freelancer” – I was a teenager by then – and after I understood more or less what all was about, I remember I thought “sounds cool!”, but I had no idea how to become one. Then, few years later when I was in my early 20s, I was introduced to hitchhiking and got fascinated also by the possibility of exploring parts of our planet for extended periods of time. After few short trips, one thing became crystal clear: I was not able to do it because my financial resources were always finishing. So I had to find a way that on one side allowed me to have an income and on the other side gave me the freedom to explore parts of our planet whenever I wanted for as long as I wanted. For many years I did not find a solution to my problem, until this experience that You are about to read happened to me.

After about 15 years since I first heard on television the word “freelancer” – by now it was August 2011 and I was in my early 30s – I was in Austria on my way returning home from one of the many short trips, and because I really felt good in Slovenia I thought to stay there for a couple of days before getting home to the everyday life.

When I got to Slovenia I met this 25 years old woman with who I deeply fell in love. And she fell in love with me. By that time she just finished university and didn’t have a house by herself – she was staying in the students’ dorm and in that period the flat was empty, all for herself, because her room-mates were on vacation for the whole month.

We kept in touch by email and four days later I got an email from her in which she was telling me exactly what I wanted to hear “Adrian, I really love you and I know you feel the same for me, so if you think we can build something together then maybe is better that you come here!”; it was about twelve o’clock in the afternoon when I read this email from her. Without hesitation, I packed my backpack immediately, I told my family “From today, I am not living here anymore. I’m moving to Slovenia.” (to which they were all speechless) and I left; in the evening I was at her place.

We lived together for the next twenty days, period in which I looked for a job in her city but I didn’t find anything because at that time I didn’t speak a word of Slovene, and we looked for a flat where to move together, but we didn’t really find what we were looking for. So after more or less 30 days, because our expenses were really high and we didn’t find a job for me nor a place to live for us, we decided to end everything, so she remained in Slovenia and I returned to my home.

After I left from her place, as I was walking on the sidewalk with my backpack on my back, I was pondering about this experience that I lived during the month of September, and I realized that if I had a job to make some money, then this beautiful story would not have ended. In that precise moment I realized that the job I needed was not an ordinary one, but a special one – I realized I needed a job to allow me to have the freedom to manage my time the way I wanted and in the same time to make me independent from any geographical place, this way I could finally explore parts of our planet for extended periods of time and have an income to support myself in the same time. I realized I had to become a freelancer. So while I was walking on the sidewalk heading towards the place I knew was a good hitchhiking spot to leave the town I said to myself “Ok Adrian, what are You able to do? What skills do You have? Well, I am really good with languages, seems like I have a natural talent for languages… Yes, I can be a freelance translator! That’s it! A freelance translator. Because I could do it from anywhere around the world and all I need is a laptop and an internet connection. This is what I have to become: a freelance translator. Being a freelance translator would allow me to explore our planet for extended periods of time, have an income to support myself and have the freedom to eventually stay in a certain place as much as I want when it will happen again to fall in love.”

Then, in one of the next few days, I was listening to this song from the ’60s “Give You What I Got” sung by Wendy Rene in which at a certain point she is saying “if You fail, You better try one more time”, so I thought “Ok, lets try one more time then”. I started to invest again lots of time and energy and… this time, I made it – I had my first paying client three months later. It took me six months to become a freelance translator. Then I had other clients and this is how I took off as freelancer.

I made it because I had:

Sometimes when I felt down, I said to myself “I will make it, because I have faith, courage and enthusiasm!” and if my morale didn’t improve on the spot then I said it again, louder, and again, even louder, until I got motivated again. And it worked. As long as one sets realistic goals and given one has the fundamentals, one can achieve almost anything that wants.

As You can see, I made it also because I didn’t give up, so, whatever You want to do, don’t give up when You will start to feel that is hard to achieve your goal. If your initial approach didn’t bring You results, your situational awareness will allow You to understand what is the next step to take to get closer to the achievement of your goal, but don’t give up.

Something else that this experience I lived tells is this: if now You don’t know what to do in your life, don’t worry, just keep doing the things that make You feel good and happy, because sooner or later something will happen to You that will make You understand what path to take in your life.